Ukraine will ask US Secretary of State Antony Blinken and Defence Secretary Lloyd Austin for more powerful weapons during an expected visit by the officials to Kyiv on Sunday as the Russian invasion enters its third month. 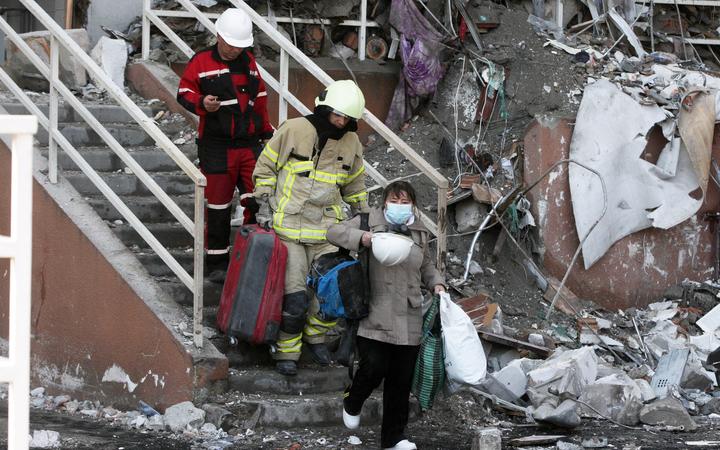 The trip by Blinken and Austin, announced earlier by Zelensky, would be the highest-level visit to Ukraine by US officials since Russian President Vladimir Putin ordered the invasion of the country on 24 February.

The White House has not confirmed any visit. The State Department and Pentagon declined to comment.

"We are inspired by the resilience of Orthodox Christians in Ukraine in the face of President Putin's brutal war of aggression," Blinken said on Twitter. "We are continuing to support them and, today, we wish them and all others celebrating Easter hope and a swift return to peace."

After Ukrainian fighters forced a Russian retreat from around Kyiv, Moscow's assault is now focused on the eastern Donbas region and the south of the country. With a semblance of normal life returning to the capital, several countries have reopened embassies in recent days and some residents who fled the fighting returned for Easter.

Serhiy Gaidai, governor of the Luhansk region in the Donbas, said Easter celebrations had been shattered there, with seven churches in his region "mutilated" by artillery. He said an unspecified number of civilians were killed by Russian shelling.

Reuters could not independently verify his report.

Moscow, which describes its actions in Ukraine as a "special military operation", denies targeting civilians and rejects what Ukraine says is evidence of atrocities, saying Kyiv staged them to undermine peace talks.

Pope Francis called for an Easter truce: "Stop the attacks in order to help the exhausted population. Stop," he said.

"I pray that this horror in Ukraine ends soon and we can return home," said Nataliya Krasnopolskaia, who fled to Prague from Odesa last month, one of the more than 5 million Ukrainians estimated to have escaped the country.

The United States and NATO allies have shown growing readiness to supply heavier equipment and more advanced weapons systems. Britain has promised to send military vehicles and is considering supplying British tanks to Poland to free up Warsaw's Russian-designed T-72s for Ukraine.

Turkish President Tayyip Erdogan said after talks by phone with Zelensky that Ankara was ready to assist in negotiations with Russia. Zelensky said he discussed with Erdogan the need for the immediate evacuation of civilians from the southern city of Mariupol, the site of the biggest battle of the conflict.

Russian forces attempted again to storm the Azovstal steel plant that is the main remaining Ukrainian stronghold in Mariupol on Sunday, Ukrainian officials said, adding that more than 1000 civilians are also sheltering there. 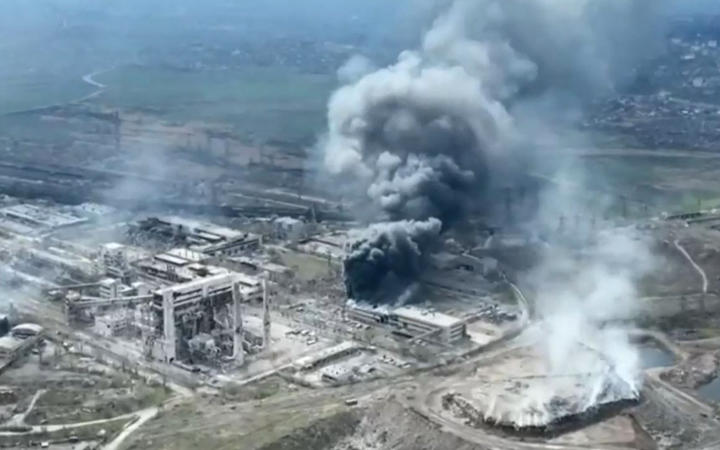 Moscow has previously declared victory in the city and said it did not need to take the plant.

Capturing Mariupol would link pro-Russian separatists who control parts of the regions of Donetsk and Luhansk that make up the Donbas with the southern Black Sea peninsula of Crimea, which Moscow seized in 2014.

Ukraine estimates tens of thousands of civilians have been killed in Mariupol and says 100,000 civilians are still in the city. The United Nations and Red Cross say the civilian toll is at least in the thousands.

Ecumenical Patriarch Bartholomew, the spiritual head of Eastern Orthodox Christians worldwide, called for humanitarian corridors in Mariupol and other areas of Ukraine, where he said "an indescribable human tragedy is unfolding". 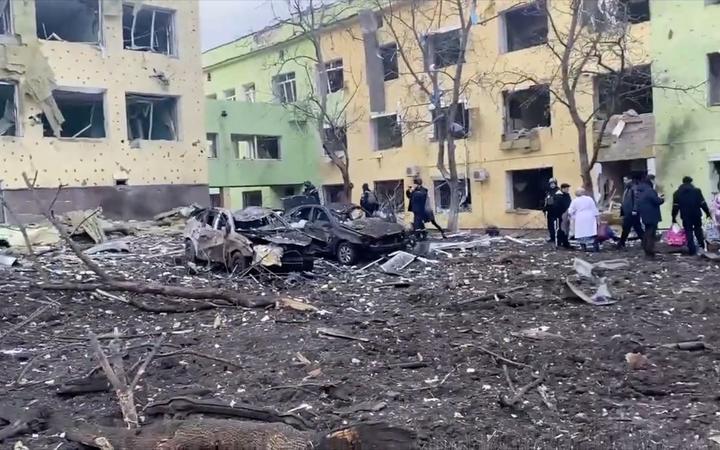 Some of the devastation brought about by Russia in Mariupol. Photo: AFP / Ukraine Armed Forces / Eyepress News

The governor of Donetsk, Pavlo Kyrylenko, said two children were killed by shelling in his area on Sunday.

The prosecutor's office in the northeast Kharkiv region said one person was killed and three injured by Russian shelling in the town of Chuhuiv on Sunday.

Reuters could not independently confirm the reports.

Russia said on Sunday a village in its Belgorod region bordering Ukraine was shelled from across the frontier, but there were no casualties or damage, state news agency TASS quoted a local official as saying.

British military intelligence said Ukrainian resistance had been strong, especially in the Donbas, despite some Russian gains.

"Poor Russian morale and limited time to reconstitute, re-equip and reorganise forces from prior offensives are likely hindering Russian combat effectiveness," it said.

Russia said on Sunday its missiles hit eight military targets overnight, including four arms depots in the Kharkiv region and one facility in the Dnipropetrovsk region producing explosives for the Ukrainian army.