Inflation accelerated to 8.5% in March, highest since 1981 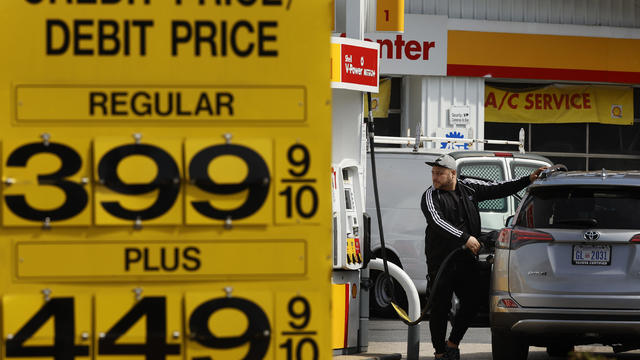 Inflation hit a fresh 40-year record in March as U.S. consumer prices rose 8.5% from a year ago, the Labor Department said on Tuesday.
The Consumer Price Index, which tracks a basket of goods and services, jumped 1.2% in March after increasing 0.8% in February, showing that inflation gained speed last month. Core inflation, which strips out volatile food and energy costs, rose 6.5% from a year ago.
Nearly half the latest increase in inflation came from the rising cost of gas, which climbed 18% in March to reach a record-high average of $4.33 a gallon. Costs for food and shelter also surged, with airline fares, health and car insurance and furniture  contributing to the increase.
More positively for consumers, used cars and truck pricers, a major driver of inflation last year, fell 3.8% in March.
The report comes as the Biden administration announces a push to lower gas prices by waiving environmental requirements on gasoline sold in the summer and releasing oil reserves.
Cost increases are the most pressing issue for many Americans, a CBS News poll this week found. Two-thirds of respondents said that rising prices are a hardship for their families, with about that same number reporting cutting back on travel, entertainment or driving.
This is a developing story.
source: https://www.cbsnews.com/news/inflation-8-5-consumer-price-index-highest-rate-in-40-years/