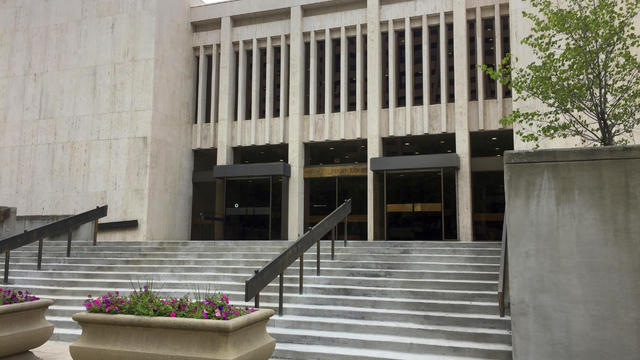 The Idaho Supreme Court on Friday temporarily blocked a new state law that would ban abortions after about six weeks of pregnancy and allow the law to be enforced through lawsuits.
Idaho last month had become the first state to enact legislation modeled after the Texas statute banning abortions after about six weeks. The ruling from Idaho's high court in a lawsuit brought by Planned Parenthood means the new law won't go into effect as planned on April 22.
The state Supreme Court instructed both sides to file further briefs as it considers the case before its ultimate decision.
Republican Gov. Brad Little last month signed into law the measure that would've allowed people who would have been family members to sue doctors who perform abortions after cardiac activity is detected in embryos. But when he signed it, Little said he had concerns about whether the law was constitutional.
"Deputizing private citizens to levy hefty monetary fines on the exercise of a disfavored but judicially recognized constitutional right for the purpose of evading court review undermines our constitutional form of government and weakens our collective liberties," Little wrote.
He said that he worried some states might use the same approach to limit gun rights.
The law would allow the father, grandparents, siblings, aunts and uncles of a "preborn child" to each sue an abortion provider for a minimum of $20,000 in damages within four years after the abortion. Rapists can't file a lawsuit under the law, but a rapist's relatives could.
Planned Parenthood of Great Northwest, Hawaii, Alaska, Indiana and Kentucky had called the law unconstitutional.
"We are thrilled that abortion will remain accessible in the state for now, but our fight to ensure that Idahoans can fully access their constitutionally protected rights is far from over," Rebecca Gibron, interim CEO of Planned Parenthood Great Northwest, Hawaii, Alaska, Indiana and Kentucky, said in a statement after Friday's court action.
The decision comes amid a nationwide fight over access to abortion. The U.S. Supreme Court's conservative majority signaled willingness in a Mississippi case to severely erode or even strike down Roe v. Wade, the 1973 decision that made abortion legal nationwide until a baby can survive outside the womb. Numerous states with Republican majorities are poised to follow the strictest interpretation of the ruling.
If Roe is overturned, 26 states are certain or likely to quickly ban abortion, according to the Guttmacher Institute, a think tank that supports abortion rights.
The Idaho law was modeled after a Texas law that the U.S. Supreme Court has allowed to remain in place until a court challenge is decided on its merits. The Texas law allows people to enforce the law in place of state officials who normally would do so. The Texas law authorizes lawsuits against clinics, doctors and anyone who "aids or abets" an abortion that is not permitted by law.
Backers had said the law is Idaho's best opportunity to severely restrict abortions in the state after years of trying.
The Attorney General's office, representing the state, had said the case should start in the state's district courts, working its way up to the high court.
Planned Parenthood's attorneys balked.
"In the State's apparent view, the more unconstitutional the law, the less appropriate for extraordinary relief. That gets things backwards: The state should not be able to evade this Court's review by violating multiple provisions of the Idaho Constitution instead of just one."
source: https://www.cbsnews.com/news/idaho-abortion-law-blocked-state-supreme-court/