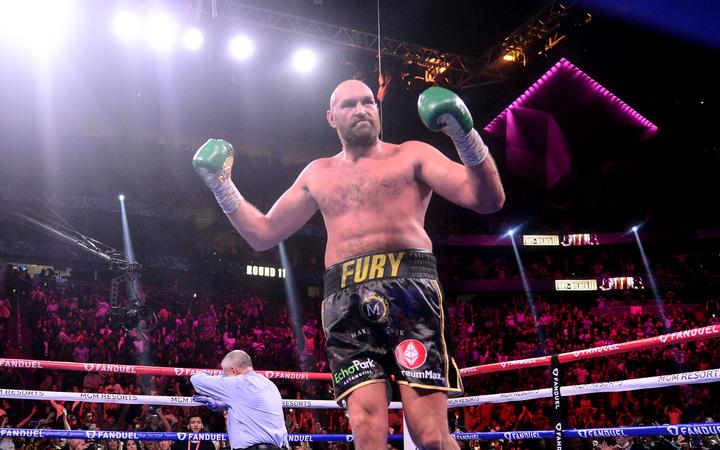 In front of a record crowd of 94,000 at Wembley Stadium, Fury connected with a right upper cut which sent Whyte crashing to the canvas.

Whyte quickly got to his feet but could only stumble his way towards the referee, who promptly waived off the fight.

In the lead-up to the bout, the 33-year-old Fury had hinted it would be his last and that retirement was imminent.

A sentiment he appeared to back up in his post-fight interview.

"I promised my wife that would be it after the [Deontay] Wilder fight," Fury told BT Sport.

"But I got offered a fight at Wembley and I owed it to the fans. What a way to go out."

The win extended Fury's unbeaten record to 32 victories and one draw.