Councillor Stuart Wilson has rubbished Ashburton's updated climate change policy, voting against what he called a "cut and paste" document with no local focus. 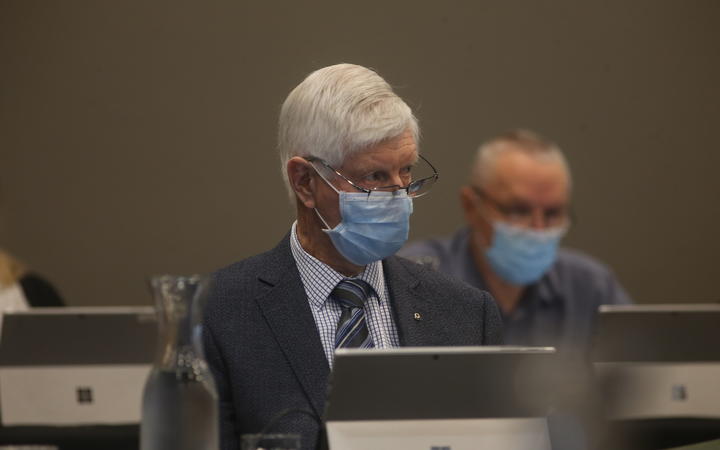 The policy was updated by Ashburton District Council staff and was based on findings in the Canterbury climate change risk assessment technical report.

The mostly unoriginal work annoyed Wilson, who thought it was too generalised. He said "we have no such thing as wildfires" in Mid Canterbury since the introduction of irrigation, and he scoffed at the statement that 25 degrees was considered a hot day or extreme temperatures.

"My giddy aunt,'' he said, firing up over the tweaked policy.

"Have they never lived in the Ashburton district? If we don't get 25 degrees for quite a few days in summer, we think we are short changed."

Wilson felt that the policy relied too heavily on content in the Canterbury mayoral forum's climate change risk report.

"Why cut and paste something that doesn't relate to our district?," he said.

"If it's our policy, why are we not stating what affects us?"

While the technical details came under fire, there was support for the direction.

Councillor Carolyn Cameron stressed that climate change needed to be endemic in the council's decision making and approving the policy shouldn't be "just paying lip service" to the issues.

Mayor Neil Brown said if the policy was not right, it could always be reviewed if the majority voted against it.

That never happened because the policy was adopted, with Wilson and Angus McKay the only councillors opposed to it due to its content.

The council's resilience action plan, which would describe what the Ashburton council was doing to address climate change, also got the go-ahead. But it, too, got the cold shoulder from some councillors.

McKay and John Falloon questioned just what it would achieve and voted against its adoption, with everyone else in favour.

"What we are looking at is only the actions of the Ashburton District Council and their employees. No one else," Falloon said.