Painting the legal jigsaw, one piece at a time

It’s very likely you have never heard of the Parliamentary Counsel Office (PCO). Its boss describes it as “the Government's legislative advisors”.

Does that make you think of an elderly barrister in a lunch-stained pinstripe, proffering wheezy legal advice while filling a pipe? That caricature is wrong on every possible count, and you should consider updating your legal stereotypes. 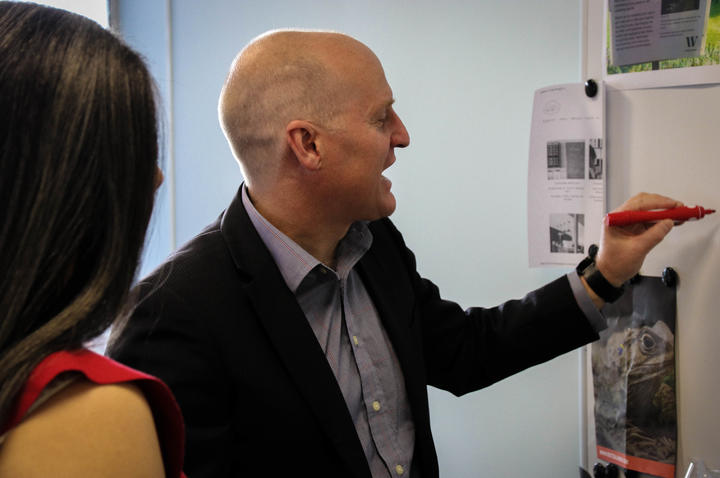 Here are a few basics:

For an insight into how drafting works, The House chatted with Cassie Nicholson (who as Chief Parliamentary Counsel is the chief executive of the PCO) and Richard Wallace (who heads the drafting team) about the art of drafting law.

The aim is to turn a policy idea into a law. It’s a step that the public (and some MPs) overlook when they say ‘they announced that idea months ago, why isn’t it law already?’

“No one thinks about the fact that the words have to actually be put on the page, and that's what we do,” Richard Wallace says.

All law begins with a policy idea. Sometimes PCO is involved in that early, feeding back on how it could (and couldn’t) work. Cassie Nicholson says the entry point can vary. “Sometimes [we get] a fully formed policy paper to comment on, sometimes an idea that then we work with the agency to flesh out, but it can vary from quite detailed to a very high level idea.”

This early work is done with the policy and legal folk inside a ministry. Nicholson says this is “because we want ministers to be making a decision on as close to fully formed policy as possible, something that can actually be built when it comes to us”.

Wallace describes this as “testing the policy,” Nicholson calls it “kicking the tyres, (in a really gentle, friendly way) to make sure that actually we've worked through the logic and the wrinkles; we understand the anticipated flow-on consequences, both for the real world and the statute book”.

No actual law is written until the policy is approved by cabinet so PCO doesn’t waste its time writing legislation that will never be law.

Once it is approved, the PCO received drafting instructions outlining the legal effect to be achieved.

Thankfully, no-one sits down and just blats out law from start to finish. Wallace says it’s an iterative process sending out drafts to government departments. “We continue doing that until we're all comfortable that we've addressed all the issues and that what we've got actually works. So we're not trying to do it on a single shot.”

Richard Wallace describes constructing law as both storytelling and puzzle solving. It is also answering hundreds of questions about what is really wanted. He gives the example of the mask mandate policy.

“It really forces you to say, ‘when you're saying this, do you mean this, or do you mean that?’ So if we take an example of something like a rule that says you must wear a face mask, you know, covering inside, there poses a whole bunch of questions: What is a face mask? What is inside? Is it a stadium? Who does it apply to? Who's going to enforce it? There are flow-on questions.”

Part of solving that is having a very clear picture of the outcome.

“You want to have a picture in your head of the overall story that we're trying to tell here, and there is almost a storytelling aspect to legislative drafting. Because while we're… setting out rules, we need to communicate them in a really effective way where people can actually understand what is required of them, or what's required of the state.”

At which point the details of writing offer a matching metaphor.

“It's like a jigsaw puzzle where someone has described to you the picture that they're trying to achieve at the end of it... And what we're doing is we're cutting out each little piece and we’re painting each little piece and slotting it together to form that overall picture. I like the logic that comes with that, and there's a skill and an art that's attached to it.” 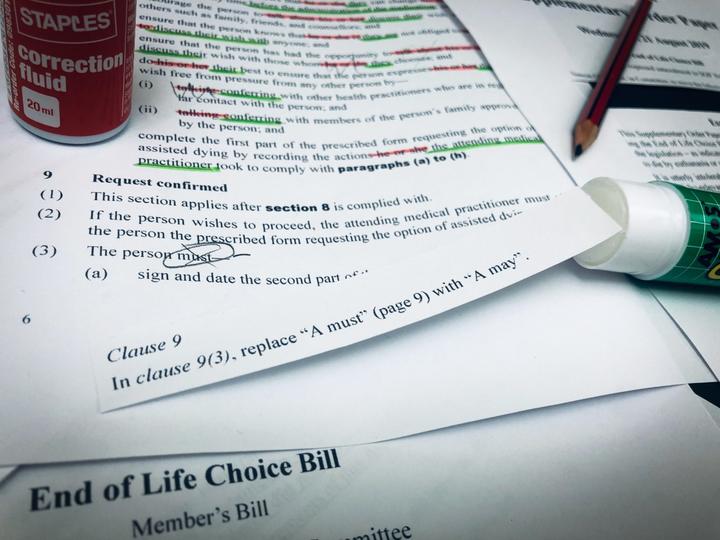 The Committee of the Whole House is the last chance for changes to be made to a bill before it goes to its third and final reading. Photo: VNP / Phil Smith

When a bill has been drafted and introduced to Parliament you might imagine that the PCO get to have a lie-down, but in fact they stay with it all the way through the process.

They are there advising the select committee when it decides what it wants to adjust in a bill after the first reading.

“We're there to help draft any amendments that the select committee wants to make”, Cassie Nicholson says, “and we give advice on issues that come up on interpreting the bill.”

And then they are also at hand when the House debates further amendments to a bill at the Committee Stage.

Like all government servants they don’t get to actually change the policy. They do get to help it not clash with the Bill of Rights or other legislation, but they aren’t pushing barrows.

“One of the classic things that we get is that people will say, ‘oh, that's a terribly drafted piece of legislation’, when often what they may be saying is, ‘I really don't like that policy’. And that goes back to the distinction we're making before: actually, we're not in charge of the policy,” he said. 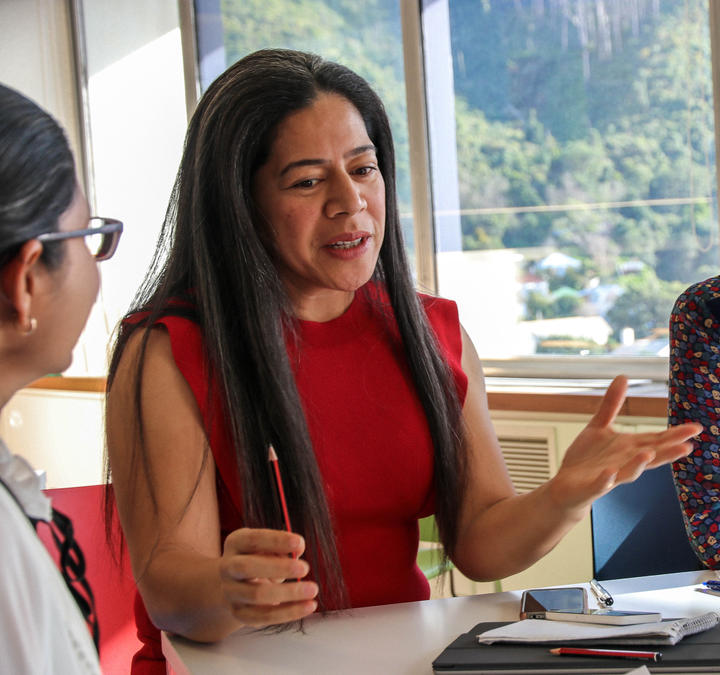 Most legislation is developed over years. We, the public, often complain when a policy suggestion takes a couple of months to influence reality, but anything short of a year is lightning fast for all governments, which are large creatures and cautious by nature.

But sometimes situations demand haste. I asked Richard Wallace about the almost instant turnaround of vast quantities of Covid-19 legislation compared to the norm.

“There's been a huge amount of legislation produced in response to that. And we're really proud of what we've achieved in that space. There's been really great work done right across government, working through what's needed to respond to the particular circumstances.

“[A bill] can be a big and a complex piece of legislation. If we've got lots of time, we can still make it an elegant piece of work. But if there's an emergency where we need a piece of legislation, and we've got a couple of days, then you do what you can. And so elegance can sometimes get lost in that process.”

Something like Covid does have one upside to that though. The sheer number of Orders gives you another crack at it very soon.

“We've done our best in the circumstances, knowing that there will generally be an opportunity to make further amendments in the future, because [the legislative response to] Covid is so fast ... in some ways it's more forgiving. We don't want to ever rely upon that. But there is a reality behind that.”

Neither Nicholson nor Wallace had drafting in mind when they studied. Drafting law wasn’t something that law really touched on at all.

“Like most people I probably didn’t even know it was a job that you could do,” Nicholson says.

But she’s incredibly pleased that a short sojourn turned into a career, and a job running the place.

“It's quite addictive. It's a fascinating role, sitting right in the middle of government, you get to see an awful lot and you feel like you have a really big job to play in making those laws better. So it's really satisfying.”

Fun or not, the job is a mystery to most and Nicholson notes they get used to explaining the role.

“When you talk to someone at a party and you say ‘I draft legislation’, they tend to think you either just type it out, almost like a secretarial service, or that you make it all up. So it's a really hard job [for outsiders] to understand what's involved in the role.”

Richard Wallace’s jigsaw analogy might be helpful in that, but he says it’s also a very good test as to whether a lawyer is likely to enjoy becoming a drafter, a job that’s half skill, half art form and all fiendish puzzle.

“If you tip out a 2000 piece jigsaw puzzle in front of you and you're two minutes later going ‘I'm sick of this, I'm out of here’, then probably it's not a job that you're really going to enjoy. But if you find that you're still there an hour later, looking for that little corner piece and trying to put it together…”

Because despite the fact that no-one seemed to learn drafting at law school the PCO lawyers have found a corner of the law that is creative.