Woman learning to drives in cemetery knocks over headstones 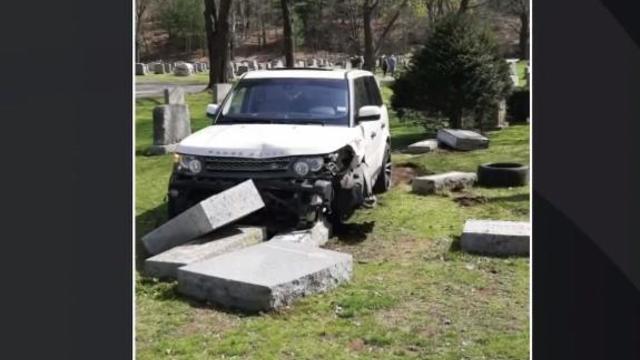 Melrose, Mass. — A woman from Melrose crashed into headstones at Wyoming Cemetery Saturday while she was practicing driving with her learner's permit, CBS Boston reports.
Police say eight headstones were knocked over.
The woman, 53, was with a licensed relative when she crashed the Range Rover they were in. Neither of them was hurt.
Several headstones were damaged, but the Department of Public Works was able to get all of them back upright, in their original spots.
It's believed the woman lost control of the car when she hit the headstones, but the crash is still under investigation.
source: https://www.cbsnews.com/news/woman-learning-to-drives-in-cemetery-knocks-over-headstones/