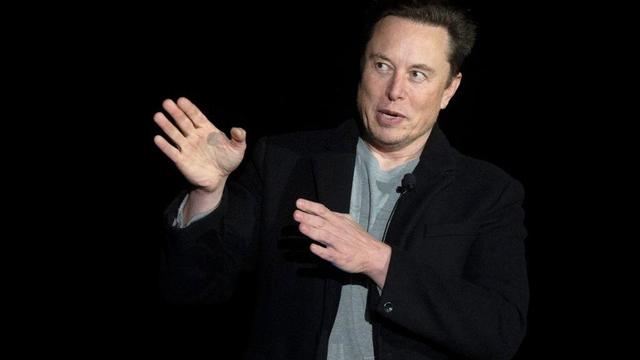 Tesla CEO and America's richest man Elon Musk is stepping up his bid to acquire Twitter.
Musk, whose proposal to buy the platform for $43 billion was rebuffed by Twitter's board last week, is now said to be looking for financing for the acquisition. Bloomberg News reported that Musk is reaching out to partners across Wall Street to find money for the deal.
Possible sources of funding include private equity firm Apollo Global Management or investment bank Morgan Stanley, which is advising Musk on his acquisition, according to Bloomberg and the New York Post.
Musk, who recently became Twitter's largest shareholder, last week proposed to take the company private for $54 a share, above its current stock price of about $45. The offer met with resistance from some investors, and Twitter's board adopted a so-called poison pill to prevent Musk from taking control of the company.
Musk is the world's wealthiest person, but much of his fortune of roughly $260 billion is tied to Tesla stock. Musk would need to liquidate much of his holdings to buy Twitter on his own, potentially diluting Tesla's value.
On Tuesday, Musk posted a cryptic tweet suggesting he will try to buy shares directly from shareholders in a tender offer.
"_______ is the Night," Musk tweeted on Wednesday, apparently referencing the Scott Fitzgerald novel "Tender is the Night." Earlier, Musk tweeted a reference to the Elvis Presley song, "Love me tender."
_______ is the Night
A prolific tweeter, Musk has more than 82 million Twitter followers on the platform and has frequently sparred with critics on the platform. He is currently fighting a federal gag order over 2018 tweets in which he suggested he had funds to take Tesla private, something securities regulators later found to be false.
Musk has also spoken out against what he calls censorship on the social network. His acquisition offer letter underscored this issue, with Musk flagging his focus on "free speech."
Musk has now turned to criticizing Twitter's board, saying that if he were in charge he would save $3 million a year by slashing boardmembers' salaries to zero. He also pointed out that board members collectively own just a tiny financial stake in Twitter, showing that their "economic interests are simply not aligned with shareholders."
The proposed takeover is raising the head on Twitter executives to show that the company is not underperforming, said Olaf Groth, a business professor at the University of California, Berkeley. Even the entire social media business model of making money through advertising, which Musk has questioned, is "up for discussion," he said.
"He may decide it's not worth it and that he sent a political signal to exert pressure," Groth said. "Now all eyes are on Twitter, and the clock is ticking."
Although Musk has said his initial offer is "final," Musk may have to raise the bid to satisfy other shareholders. A Saudi prince who is among Twitter's major shareholders scoffed at the offer last week in a tweet. Al Waleed bin Talal said he didn't believe $43 billion is close to Twitter's value given its growth prospects.
Twitter shares hit an all-time high of $77.63 in March 2021. On Tuesday, shares traded at about $45.
The Associated Press contributed to this report.
source: https://www.cbsnews.com/news/elon-musk-financing-twitter-takeover/