With the galleries at Augusta National Golf Club following his every move, Tiger Woods made his long-anticipated return to competitive golf and shot a 1-under-par 71 in the first round of the Masters, while South Korea's Sungjae Im reached the top of the leaderboard with a 5-under 67. 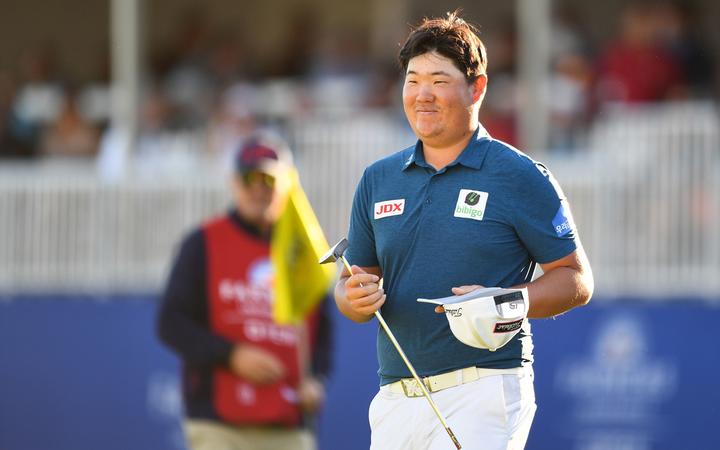 Im made an eagle and five birdies to counter two bogeys, beating out the clubhouse leader from the early wave, Cameron Smith of Australia, by one shot.

World No. 1 Scottie Scheffler, 2020 Masters champion Dustin Johnson, 2016 champ Danny Willett of England and Joaquin Niemann of Chile tied for third with rounds of 3-under 69. Patrick Cantlay, Jason Kokrak and Canada's Corey Conners were tied for seventh after shooting 2-under 70.

Woods' 71 was good for a tie for 10th, a feat unto itself as he played in his first official event since he was injured in a single-car accident on Feb. 23, 2021. After rehabbing a right leg that required multiple surgeries, Woods made his return to the sport 15 years to the day after his first major victory, a 12-stroke victory at the 1997 Masters. 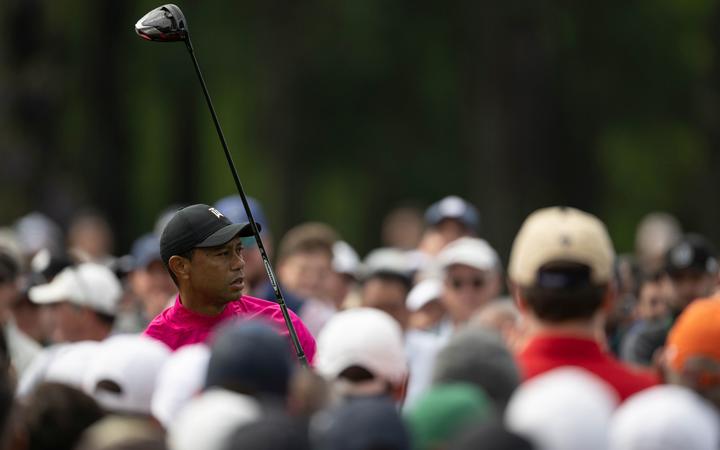 His highlight came at the par-3 sixth, right after he lipped out a 15-foot birdie try on the previous green. Hitting a 6-iron, he stuck his tee shot 2 feet away from the pin and tapped in for his first birdie of the day.

Woods bogeyed the par-5 eighth after his third shot missed short of the green. He converted a two-putt birdie at the par-5 13th before his tee shot at the next hole missed the fairway badly left, and he was unable to get up and down for par.

At the par-3 16th, the 15-time major champion drained a 29-foot birdie that swept right to left, eliciting his signature fist pump. He returned to 1 under with the putt and saved par on the final two holes, even after a drive into the trees at 18.

"People have no idea how hard it's been," Woods said.

Next up for Woods before his second round tee time: "Lots of ice baths. Just basically freezing myself to death."

Im, the Masters runner-up in 2020, birdied his first three holes and added a fourth at No. 7. After missing par putts at both 10 and 11, he completed Amen Corner by reaching the 13th green in two shots and making his 12-footer for eagle.

Im added a birdie at the 15th and nearly holed out from a greenside bunker for birdie at 18. His shot hit the cup and stayed out by mere inches.

Smith, who won The Players Championship last month and moved to No. 6 in the Official World Golf Ranking, signed an unusual card: double bogey 6s on the first and last holes with eight birdies in between. Smith reached 6 under with a string of three birdies at 14-16 and nearly went to the clubhouse with a three-shot lead on the field.

But after a wayward tee shot at No. 18, his second shot hit a tree branch and only traveled 80 yards. He reached the green in three and three-putted.

Smith said he stayed patient after his tough opening hole.

"I love this place. I know it presents plenty of birdies," Smith said. "I just really had to get in a groove."

Playing with Woods, Niemann holed out from 105 yards for an eagle 2 at the ninth. His shot spun back over a ridge and directly at the pin. That briefly put him alone in the lead at 3 under, and he recorded one bogey and one birdie the rest of the way.

Scheffler, in his first tournament since moving to No. 1 in the world, made consecutive birdies at Nos. 8 and 9 before sinking a 19-foot birdie at the par-3 12th to join the co-leaders at 3 under. He reached 4 under with another birdie at the par-3 17th but missed the green at 18 and couldn't get up and down for par.

Johnson made all four of his birdies over the first 10 holes before a bogey at No. 17 and a difficult up-and-down par save at No. 18.

Defending champion Hideki Matsuyama of Japan opened with an even-par 72.