U.S. man sentenced to death for "revenge killing" of woman in China 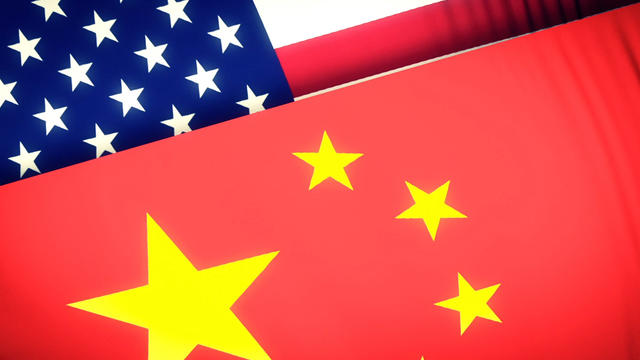 An American man has been sentenced to death in China for fatally stabbing a 21-year-old woman who tried to break off their relationship. Shadeed Abdulmateen was sentenced Thursday after a trial in the Intermediate People's Court of Ningbo, a city in China's eastern coastal province of Zhejiang, the Xinhua News Agency reported.
Abdulmateen met the victim, identified only by her surname, Chen, in 2019 and entered into a romantic relationship with her. When she attempted to break off relations, Abdulmateen arranged to meet her at a bus stop in Ningbo, then stabbed her to death on the night of June 14, 2021 with a folding knife he had brought with the intention of killing her, Xinhua said.
The court said that Abdulmateen's "premeditated revenge killing, stabbing and cutting Chen's face and neck several times, resulting in Chen's death, was motivated by vile motives, resolute intent and cruel means, and the circumstances of the crime were particularly bad and the consequences particularly serious, and should be punished according to law," Reuters reported, citing public broadcaster CCTV.
The trial was attended by more than 20 people, including government officials and members of the public.
The court said Abdulmateen had been provided with a defense, translation services and consular visits, but gave no details on his hometown or how he came to reside in China.
A U.S. Embassy spokesperson said the Embassy was aware of the sentence and monitoring the situation, but for privacy reasons, could not offer further comment.
Human rights advocates say China executes more prisoners every year than any other country, but executions of Westerners are rare.
The most recent case involving the holder of a passport from a Western country is believed to be that of Akmal Shaikh, a British citizen who was executed in 2009 for heroin trafficking, according to state news agency Xinhua.
Last year, a Chinese court upheld a death sentence for a Canadian man.
AFP contributed to this report.
source: https://www.cbsnews.com/news/shadeed-abdulmateen-sentenced-to-death-china-murder-woman/