Amazon is planning a racial audit of its workforce 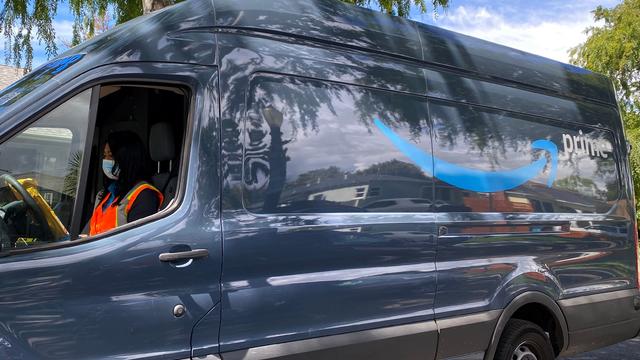 Retail giant Amazon has hired a legal firm that will conduct a workforce audit focused on diversity, equity and inclusion, joining three other major U.S. companies that recently launched racial equity audits.
Amazon's audit "will evaluate any disparate racial impacts on our nearly one million U.S. hourly employees resulting from our policies, programs, and practices," the company said last week in a regulatory filing. Former U.S. Attorney General Loretta Lynch — who now works for the New York law firm Paul, Weiss, Rifkind, Wharton & Garrison — will lead the audit.
The announcement comes almost one year after Amazon shareholders began pushing the company to conduct a racial equity audit. In a formal request for one, filed last year, shareholders praise Amazon management for solid strides in diversity but note some outstanding cases of discriminatory hiring practices that paint the company in a negative light, the filing said.
In one case, employee Charlotte Newman sued Amazon, alleging the company has an unfair pattern of "de-leveling" Black employees. According to the suit, Newman, a Black woman with a Harvard MBA, interviewed for a senior manager job at Amazon but was offered a role one pay grade below the one she applied for, even though she was qualified for the senior manager job. She took the job anyway and was then asked to perform senior manager duties, the lawsuit states.
Amazon also made headlines two years ago for firing a Black man, Christian Smalls, who protested working conditions at a Staten Island warehouse. Smalls is now the president of the Amazon Labor Union.
"Because of the pattern and magnitude of controversies repeatedly facing Amazon, we believe that it is in shareholders' best interest for Amazon to proactively identify and mitigate risks through an independent racial equity audit," shareholders said in their request.
Amazon said it will publicly share results from its audit, but didn't say when the work will be finished.
Workforce statistics from Amazon show that the company has increased its Black and Hispanic staff from between 2018 and 2020, but most of that growth has been at the delivery driver and warehouse worker level. Less than 4% of senior level managers at Amazon were Black or Hispanic in 2020, according to the most recent company data.
"We know that diversity, equity, and inclusion matter and recognize that the advancement of diverse employees begins with proactive recruitment, retention, and development," Amazon said in the filing. "We believe diversity and inclusion are good for business — and more fundamentally — simply right."
Tyson Foods, one of the world's largest meat processing companies, announced last year it would launch a racial equity audit. One of the company's investors — American Baptist Home Mission Societies — pushed for the audit, Bloomberg News reported.
Money manager BlackRock and Citigroup announced similar moves.
Khristopher J. Brooks is a reporter for CBS MoneyWatch covering business, consumer and financial stories that range from economic inequality and housing issues to bankruptcies and the business of sports.
source: https://www.cbsnews.com/news/amazon-equity-audit-diversity-workers-employees/