Olympic gold medalist Nico Porteous has been forced off the competitive ski slopes. 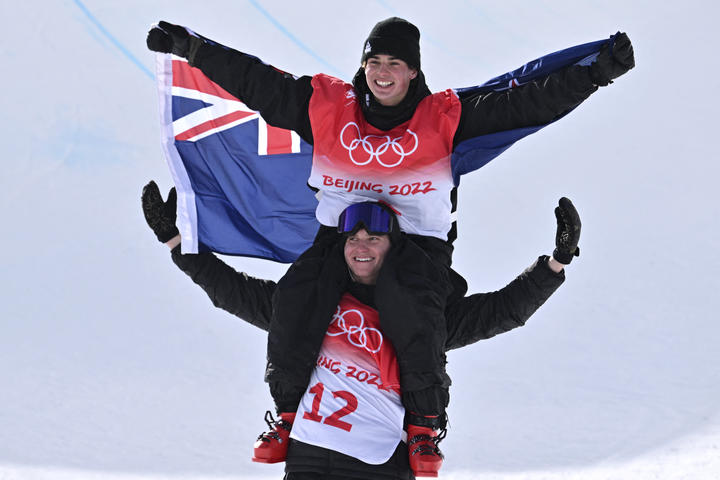 The Wānaka 20-year-old who won the men's freeski halfpipe at the Beijing Games has undergone surgery to repair a ruptured anterior cruciate ligament (ACL) in his knee.

"A month ago, I ruptured my ACL and have had surgery two weeks ago," Porteous said on Instagram.

"So it's been a pretty quick process but definitely not what I was really wanting to do to end off my season."

Porteous, who was the flagbearer at the closing ceremony for the New Zealand team, conceded injuries were an unfortunate part of freestyle skiing.

"I'm hoping to be skiing back by next Northern hemisphere season, sometime around January," he said.