New Christchurch mums and midwives have marched to St George's Hospital to hand deliver a petition backed by more than 30,000 people to save the maternity unit from closure. 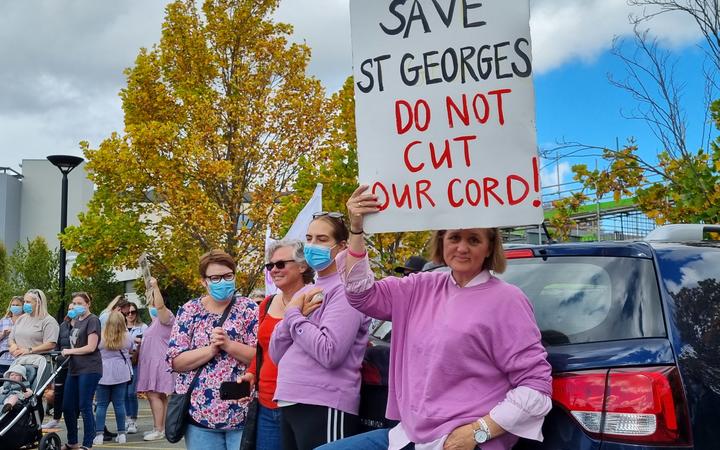 New Christchurch mums and midwives marched to St George's Hospital to hand deliver a petition to save the maternity unit from closure. Photo: RNZ / Jean Edwards

They say the hospital's proposal to shut the only primary birthing unit in the city is "madness" and have urged management to ditch the idea.

About 150 people marched from Elmwood Park to the hospital, where midwives delivered rolls of signed ribbon-bound papers in a pram to St George's chief executive Blair Roxborough.

"We all really value the choices that women have, and those choices are there for everybody. We all deserve more, not fewer. Let's keep up the pressure," she said. 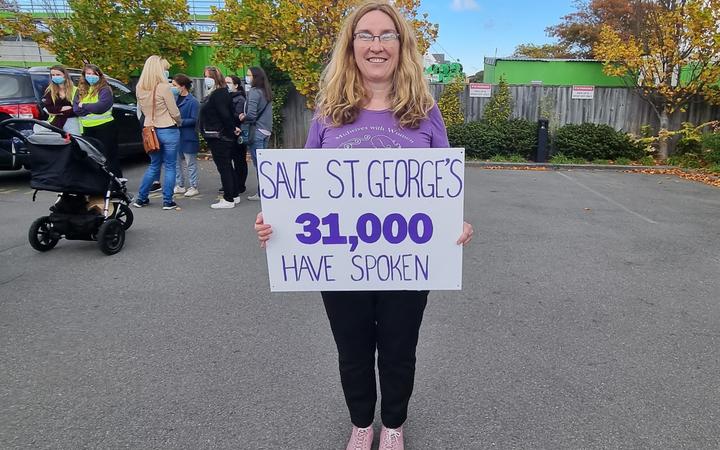 Roxborough would not say why the hospital had proposed closing its maternity unit or whether the petition might influence decision-makers, but thanked the midwives for their advocacy.

"St George's maternity has been well known over many decades about the quality of care and today I think is testament to that," he said.

"It's an operational matter at the moment, we have a period of consultation and that closes tomorrow. I'm not going to do anything that pre-empts that process." 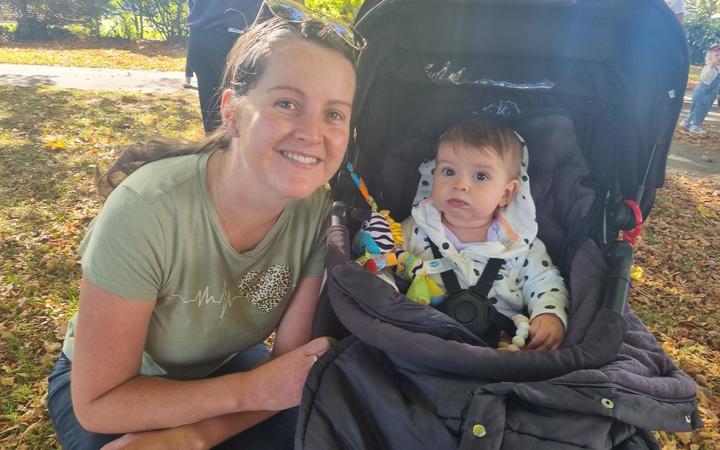 New mother Anne-Marie told RNZ Christchurch Women's Hospital was struggling, so it made no sense to close St George's.

"If I was in labour and I had to drive to Rangiora, or wherever it is, it would be pretty horrendous. I think closing down services in Christchurch is madness, especially with so many babies being born," she said.

"I'll be really, really sad if it closes. It would be such a shame."

Marianne Miller's daughter was born at St George's, where she had a water birth and gained the confidence to breastfeed.

She said the maternity unit's future could influence her plans for another baby.

"I had such a good experience there, and if there's only [Christchurch] Women's to go to, that may actually factor in for me having a third, or it may even factor in me having it at home," she said. 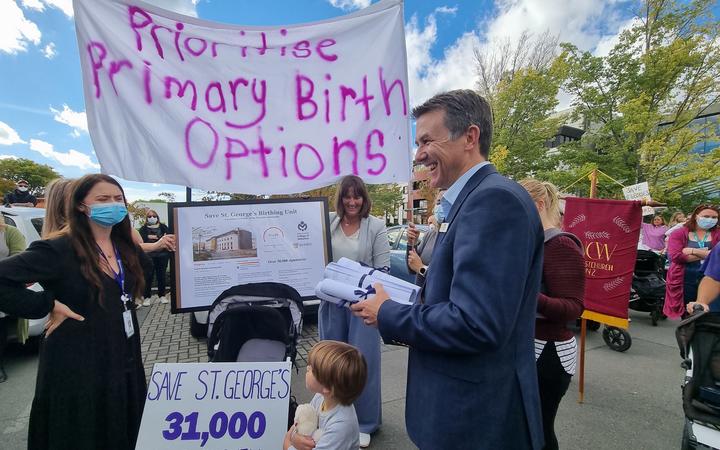 The private hospital, which is the only primary birthing unit in Christchurch, has a contract with the Canterbury District Health Board to provide publicly funded maternity services.

The deadline for staff submissions on a proposal for change that includes an option to close the maternity ward falls tomorrow.

The fight to save St George's has attracted the support of sports stars Richie and Gemma McCaw, whose daughters were cared for at the hospital.

Midwife Jess Jenkinson, who has delivered babies at St George's, said the hospital's closure would heap pressure on Christchurch Women's. 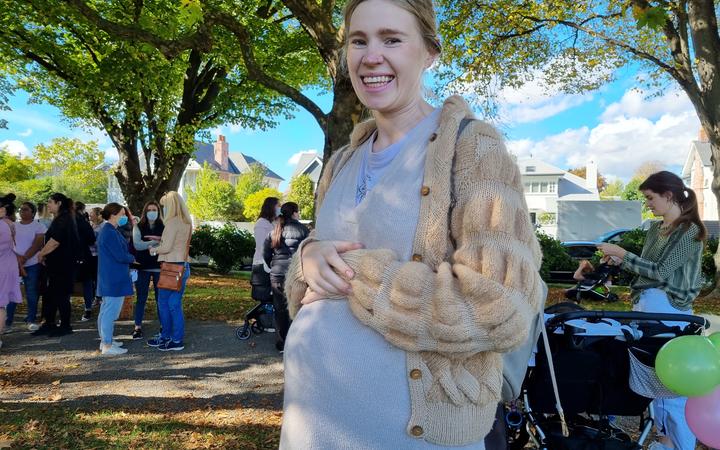 "Our other primary units are Lincoln and Rangiora and a lot of women will birth at Christchurch Women's purely because it's close to them," she said.

Sheena Ross said she was thrilled with the response and vowed to continue the campaign.

"31,000 signatures says it all, doesn't it, in the space of three weeks. This is Christchurch, a busy city, the only (primary) birth unit and they're talking about closing it. How crazy is that?" she said.

"I hope it's made a difference." 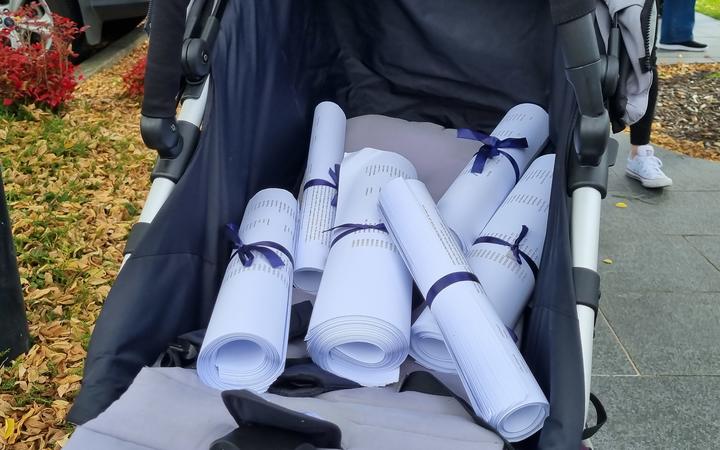 More than 30,000 people signed the petition to save the St George's Hospital maternity unit from closure. Photo: RNZ / Jean Edwards

A new 10-bed primary birthing unit is due to open in Rolleston early next month, when the six beds at Lincoln Maternity Hospital will close.

The DHB's new 20-bed unit next to Christchurch Hospital is due to open in the middle of next year.

St George's said it would not rush into a decision and would provide an update on the maternity unit's future at the end of the month.