'Money was involved in everything' - Ex-Arise members reveal church workings

The carefully cultivated image Arise Church portrayed to the public masked a culture of mistreatment and greed, former members allege. 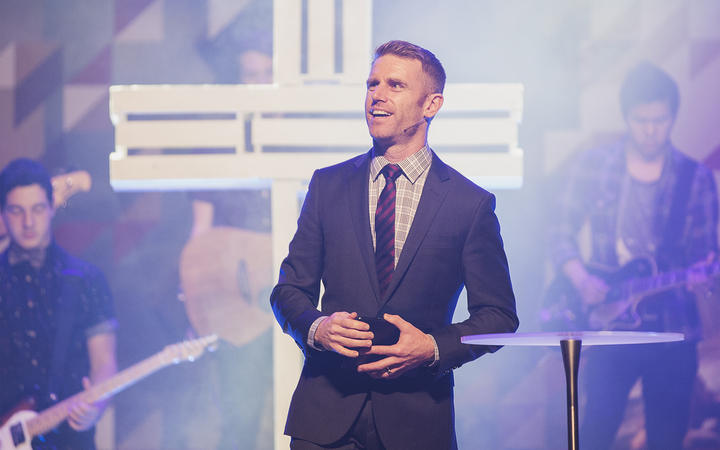 John Cameron, the founding pastor of one of the country's biggest churches has resigned.

Cameron said in a statement that he was broken and devastated after students of the Ministry School alleged they were overworked and overwhelmed.

An independent review into the culture of the church will commence after Easter.

Harriet joined Arise in 2007 while at university and served on its production team for a decade.

The vibrant services were attractive and she said new attendees were welcomed with a friendly and sociable atmosphere.

But the facade covered a culture which took advantage of those wanting to impress.

Harriet said members were manipulated to serve and give more than they were comfortable or capable of doing.

"There was an undercurrent of expectation and service on all tiers of leadership that pushed reasonable boundaries and led to burnout."

Harriet said she and her team worked long hours including 5am starts every Sunday.

"If you only stuck to the periphery you wouldn't have encountered an issue - aside perhaps from a heavy focus on tithing."

As well as volunteer burnout, Harriet said there was a strong emphasis on money.

"Giving is a huge part of Arise Church and there is an intense pressure at every service to give."

Harriet said this included huge fees for speakers some coming from afar afield as the US, pastors being chauffeured to and from services, meeting their every need and an ingrained expectation that people would go above and beyond.

"It became very unhealthy and took a heavy toll on a volunteer workforce."

Harriet left Arise in 2015 because she said the image of 'the perfect church' was manufactured and carefully curated, leaving a trail of burnt-out staff and volunteers in the wake of its growth.

Another former member who attended a handful of services the Christchurch campus said she was first struck by the grandiose look.

She said at one point during the service they handed out a snowboard as a gift.

"It made me question how they spent the tithe money donated to them weekly."

Ashleigh said she had the "unfortunate displeasure" of attending Arise from 2014-15.

She described it as having a very cult-like following.

A teenager at the time, Ashleigh said her first impressions of Arise were great.

"The music was fun and the messages seemed believable."

However, she said it soon became apparent that the main focus was about money.

"Every single service, the tithe was emphasised. They even had ATMs in the foyer and a special app you could use. It was drilled into us each time - 10 percent of your earnings; as it says in The Bible."

Being a student, Ashleigh said she could not afford to contribute.

Ashleigh said she looked into being an intern before discovering this would cost $2500.

"You also were expected to commit full-time and would be left with barely any time to have actual paying work to support yourself."

She said many made a multi-year commitment.

"The interns worked long hours and were over worked. I felt sorry for them."