Travel chaos for third day in a row at Sydney Airport

Sydney Airport has apologised as passengers express frustration over another day of delays. 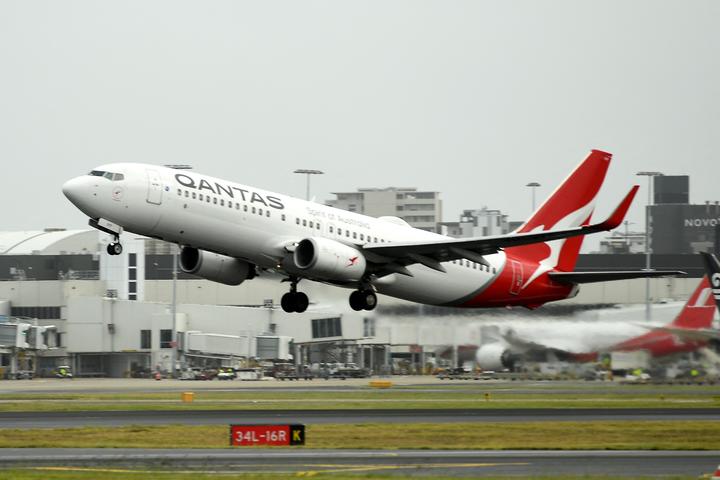 Passengers at Sydney Airport are facing a third day of delays as travellers trying to get away for Easter school holidays queue for flights.

In one tweet, a person who arrived before 5am this morning described the situation as "hell".

Over the last two days, passengers have been seen waiting in queues for hours to pass through security and check-in, while footage from the airport has shown snaking lines stretching through and outside terminals.

Some planes have had to be held back to allow passengers to make their flights as people flocked to travel for the Easter school holidays.

Another person waiting in the queue tweeted they had been waiting for two hours to check in for a Qantas flight, with only three counters open for international flights.

It has been reported that staffing issues due to Covid-19 close contact rules are partially to blame for the problem, with airline staff unable to get exemptions available to other industries.

In late March, Sydney Airport warned passengers that the school holiday period would "be the busiest in two years", asking passengers to arrive two hours before domestic flights.

On Friday, Sydney Airport chief executive Geoff Culbert issued an apology to passengers, saying Covid-19 was at the root of the issue.

"We're facing a perfect storm at the moment," he said.

"Traffic numbers are picking up, travellers are inexperienced after two years of not travelling, and the close contact rules are making it hard to fill shifts and staff the airport."

A spokesman for Sydney Airport said security queues had been extensive before 6am but later settled down, and there had been no reports of passengers missing flights.

Teams of staff were working to comb through passenger queues and prioritise more urgent flights, he said in a statement.

"We are working around the clock to resolve these issues and have teams in the terminals bringing passengers forward in order of priority.

"We're anticipating it will busy right through the school holiday period and peak over the Easter and Anzac Day weekends, in some cases at 90 percent of pre-Covid-19 passenger levels.

"We're deeply grateful to passengers for their ongoing patience and we're sorry to everyone who has been inconvenienced. We would also like to thank passengers for getting to the airport early and treating staff and each other with kindness and respect."

A spokeswoman for Qantas and Jetstar agreed that it would be busy through the school holiday period because: "The number of people flying around Australia over Easter will be higher than pre-Covid-19 levels".