The Blues beat the Chiefs 25-0 in Hamilton on Saturday night as they kept the hosts scoreless for the first time in Super Rugby history. 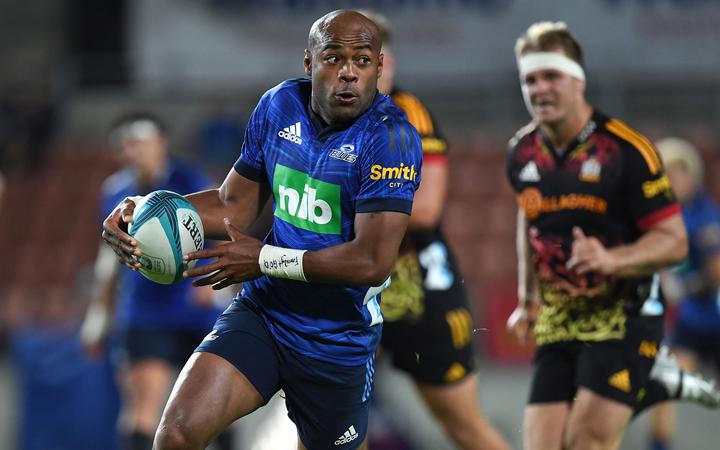 The visitors overcame three yellow cards, two of which reduced them to 13 men for a period in the first half, to claim their sixth successive win.

The Blues defence was impressive, they didn't let the Chiefs score while they were missing players to the sin bin.

The Blues scored a length of the field try to Tom Robinson, which was sparked by Mark Telea and Rieko Ioane and included a Beauden Barrett cross-field kick.

It's the first time the Chiefs have failed to score a point in their 26-year history.

The Blues kept defending when Marcel Renata was sin binned in the 63rd minute with the Chiefs still unable to put points on the board.

The Chiefs also suffered an injury blow with All Blacks midfielder Anton Lienert-Brown forced from the field with a shoulder injury that could keep him out of action for some time.

In the earlier match in Wellington, the Hurricanes were narrowly beaten by Crusaders in a crucial match for both sides.

The Crusaders secured a 24-21 victory over, despite a late push by the home side, who led 18-17 at halftime.

Trailing by three points the Hurricanes were awarded a penalty with time up in Wellington, but they chose to kick to touch rather than attempt a score levelling penalty goal, which would have sent the game to golden point, as they went for the win.

However they couldn't free the ball from the ruck after the next lineout and the game was brought to an end by referee Brendon Pickerill.

The Hurricanes captain Ardie Savea believed Crusaders lock Scott Barrett had tackled him in the air, preventing the hosts from freeing the ball.

Savea protested to Pickerill, asking if he could check with the TMO, but Pickerill denied the request and the Crusaders victory was sealed.

The Hurricanes have now had three consecutive close losses and have just two wins from their six games so far.

The Crusaders have six wins from seven games, like the Blues.