Housing supply and heritage: How is Auckland going to change?

The face of Auckland is set to change, as new government legislation is introduced to increase housing supply. 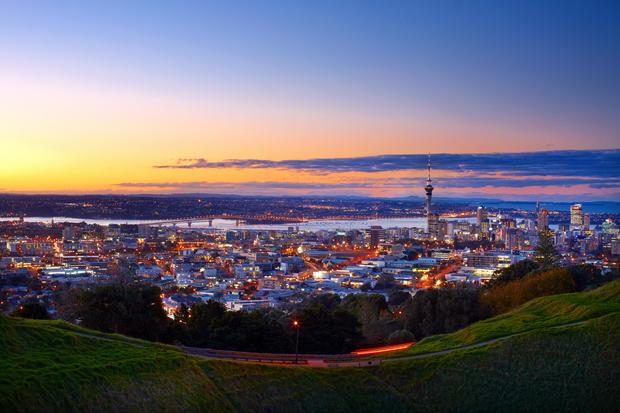 Even with some 'character' areas preserved, some central areas like Devonport could see housing developments up to six storeys tall.

In North Shore suburb Takapuna, one local complained there would be too many houses and not enough parking. Another feared streets would become dark and cold.

"I understand a certain amount has to happen but that doesn't have to happen in those character places," another local said.

One person who had enjoyed apartment living in Singapore said high density can be successful if it is done properly.

"Tennis courts, pools, gyms are built into your facilities. Also the price of getting in for Singaporeans is very cheap. You get effectively a stipend from the government when you reach a certain age. So you can buy something for about $500,000 and have your home."

Another person spoken to by RNZ said new developments like Hobsonville Point were the best way to do density, on greenfields land.

"There are six storey dwellings there but I think they work because they're graded. They go from six down to three down to two. And then they built schools, they built supermarkets, they added more ferries on to get into the CBD, and things like that."

In St Mary's Bay and Freeman's Bay – two of the city's wealthiest suburbs, where weatherboard villas on tree-lined streets sit within walking distance of the CBD – residents denied they were NIMBYs, but did not want change in their area.

"We just like the way our areas are, and that's not being ninja [sic] or something, you know, not in my back yard. That's brought up when anybody starts to growl and grumble about it," one local said.

"I made submissions to the Unitary Plan on heritage for Ponsonby," another said.

He claimed that those who worked for Auckland Council had "only been here for five minutes and they don't know anything about Auckland at all".

However, one of the six outcomes in the council's Auckland Plan 2050 is protection of environment and cultural heritage.

"We know that in Auckland now the average price of a house is around $1.4 million and worth 10 times the average household income. That's the legacy Auckland is currently granting to future generations.

"If we're talking heritage, that's the heritage of the 2020s for Aucklanders.

"It's a challenging conversation. We certainly don't want to see all remnants of New Zealand's yesteryear gone, but I also think we've got to be realistic. There are more people living in Auckland these days.

"Auckland has changed and the fact that we're not willing to have a conversation around how our environment changes around it, that we have to protect and keep everything that we used to, really is against every other part of development that we've seen in Auckland over the last few decades.

Auckland mayoral hopeful and businessman Leo Molloy said he wants to see targeted intensification in certain areas, but does not want to see the suburbs with old villas to change.

"Whilst I agree that we do have to intensify our dwellings, I just don't think we're following the right course here. So whoever chartered this process … they haven't really got a feeling for the pulse of the city."

Former Far North Mayor Wayne Brown is also vying for the Auckland mayoralty, and now lives in a high-rise on Karangahape Road. He said he is "a believer in that sort of stuff, but what I don't like is it seems to be driven from Wellington". He would like to see other incentives like low-interest loans for young people building a home.

Mayoral candidate and current Heart of the City chief executive Viv Beck said she is concerned about the "unilateral loss of character homes".

He said the changes won't force people to redevelop heritage homes but, where possible, allow greater options for housing that matches infrastructure in parts of Tāmaki Makaurau that have restrictive zoning rules.

As Mayor, Collins said he would facilitate a new conversation on how we contemporarily define our new sense of shared heritage and history.