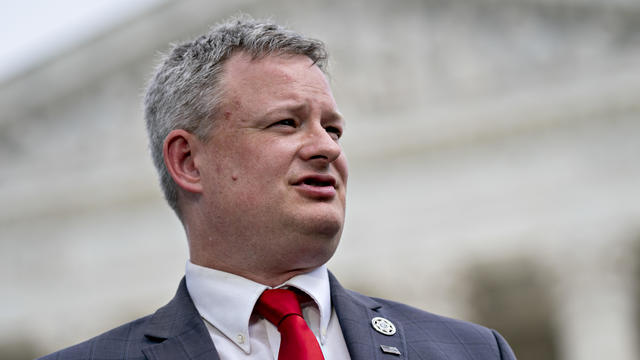 The South Dakota House on Tuesday impeached state Attorney General Jason Ravnsborg over a 2020 fatal crash in which he initially told authorities he thought he had struck a deer or another large animal.
Ravnsborg will at least temporarily be removed from office pending the historic Senate trial, where it takes a two-thirds majority to convict on impeachment charges.
Ravnsborg pleaded no contest last year to a pair of traffic misdemeanors in the crash, including making an illegal lane change. He cast Joseph Boever's death as a tragic accident.
On Monday night, he sent lawmakers a pair of defiant letters urging them to vote against impeachment.
"In a few hours, your vote will set a precedent for years to come," Ravnsborg said in the first of two letters sent Monday night and obtained by the Argus Leader. "No state has ever impeached an elected official for a traffic accident."
The South Dakota Legislature had never investigated impeachment for an elected official, and only once, in 1917, launched an impeachment inquiry into a circuit judge.
Ravnsborg's letter also accused Republican Gov. Kristi Noem of interfering in the investigation and of supporting impeachment because of the attorney general's investigations into her behavior. A second letter from Ravnsborg's spokesman delved into "evidence, allegations and misconceptions," about the case.
In its 36-31 vote, the House rejected the recommendation of a GOP-backed majority report from a special investigative committee and sided with Noem, who has argued that Ravnsborg lied to investigators. Democrats also had pushed for impeachment, arguing that he was not "forthcoming" to law enforcement officers and had abused the power of his office.
Ravnsborg, who took office in 2019, initially told aides and a 911 dispatcher he did not know what he hit on a rural highway as he was returning home from a Republican dinner in September 2020. He went back to the scene the next day and found the body of 55-year-old Boever, who had been walking on the highway's shoulder.
The Highway Patrol concluded that Ravnsborg's car crossed completely onto the highway shoulder before hitting Boever, and criminal investigators said later that they didn't believe some of Ravnsborg's statements.
The special investigative committee's report argued Ravnsborg's actions in the crash were unrelated to his official duties.
But some Republicans raised doubts about the crash reconstruction and where Boever was when he was hit. Ravnsborg, who has said little about the crash, denied being untruthful in a brief interview in February.
Ravnsborg is positioning for a reelection bid. He would face a Republican challenger, former attorney general Marty Jackley, at the June GOP convention that decides its next nominee.
source: https://www.cbsnews.com/news/jason-ravnsborg-impeachment-south-dakota-attorney-general-impeached-fatal-crash/