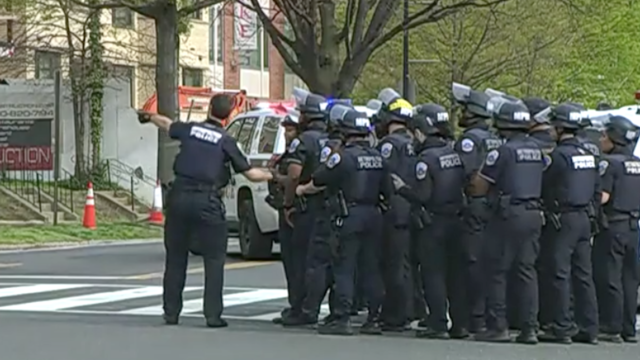 A shooting on Friday afternoon left at least three people wounded in Northwest Washington, D.C., authorities say. The incident occurred near the University of the District of Colombia, which is currently on lockdown.
The D.C. Police Department identified the wounded as two adult males and one juvenile female, but did not state their condition.
Police are asking residents to avoid the 4100 block of Connecticut Avenue NW area as officers respond to the incident, and to shelter in place. Police added they are sweeping the neighborhood.
Authorities have asked anyone with information about the incident to call the D.C. Police Department.
MPD is responding to the 4100 block of Connecticut Avenue, NW for the report of at least 2 shooting victims. There is a large police presence in the area. Updates will follow.
This story is breaking. Check back for updates.
Tori B. Powell is a breaking news reporter at CBS News. Reach her at [email protected]
source: https://www.cbsnews.com/news/washington-dc-northwest-shooting-04-22-2022/