Scotland's first minister Nicola Sturgeon has revealed that she is anxious about how going through menopause will affect her. 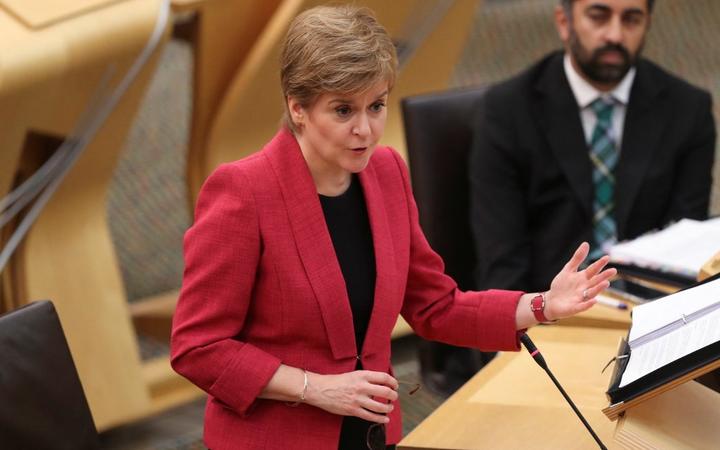 Nicola Sturgeon is worried about what would happen if she got a hot flush, for example, in Parliament when she was on her feet in the middle of First Minister's Questions. Photo: AFP

Sturgeon said she was in the "foothills" of menopause but felt nervous to speak out about the "intensely personal" experience.

Speaking to ITV's Loose Women programme, Sturgeon said she hoped addressing the issue would help tackle the stigma around the subject.

She said she had been considering how she would cope given her public role.

Sturgeon said: "I feel quite nervous [talking] about it as well. It's not the kind of thing I feel instinctively comfortable talking about - I think because it is so intensely personal, and there's still a lot of stigma around it."

On her own experience, the 51-year-old said: "Obviously I'm in the foothills of it. I've been quite anxious about - given the public nature of my job - how I am going to cope with the impact of that, what's it going to be like."

Sturgeon said she wished she could go and read about other politicians' experience of menopause.

"If I could go and read Angela Merkel or Hillary Clinton saying 'this is what it was like for me and how I coped with it', I think that would help me right now,"

She hoped sharing her experience would help the next generation of female leaders. 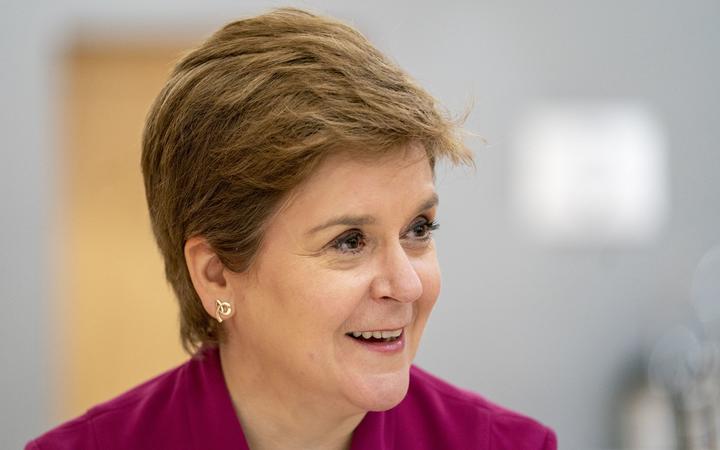 Earlier this year, the first minister spoke to a podcast about menopause.

She told The Shift there was still a "massive amount of guesswork" about menopause and that many women still suffered in silence.

She said she had already had a conversation with her doctor about hormone replacement therapy (HRT), a treatment to relieve symptoms which works by replacing hormones that decrease as women approach menopause.

Sturgeon added that she had not started treatment yet, but was of the generation that grew up thinking that HRT was "some terrible, terrible thing" and that it was a "badge of honour to push yourself through without it".

She said: "I'm at the stage where definitely I'm feeling a bit hotter overnight, not being able to sleep and I've got windows open in the depths of winter," she said.

The first minister had not experienced "extreme" symptoms in public or in meetings, but she said she had thought about what would happen if she got a hot flush, for example, in parliament when she was on her feet in the middle of First Minister's Questions.

Sturgeon added that she was concerned speaking up could be used against her in some way.

In the wide-ranging interview with Loose Women, the first minister was also asked about whether she and her husband were still considering fostering.

She said the couple had talked about it but had "only scratched the surface", adding: "It would be a really serious decision to take.

"It's for the future, but it's something that we have thought about and talked about but only in an initial stage."

"You shouldn't do it to fill a gap in your own life - it should be about the young person.

"So I wouldn't want to do it just because I don't have children of my own, it would only be if I genuinely thought I could offer something to a young person."

Sturgeon added: "Circumstances have meant that I have never had children... and obviously I had a miscarriage and spoke about that because there's still a lot of stigma around that as well, so I think it is important to open up these conversations."

Speaking previously about her loss, she said she hoped it would challenge assumptions made about why she - and other women - did not have children.

The first minister was also asked on the programme about being filmed in a barber's shop at the weekend not wearing a mask.

She said again that she had made a "mistake" and had forgotten to put it on when she went into the shop, and said it was an "error for a few seconds".