Man confesses to killing woman in 2001, leads police to body 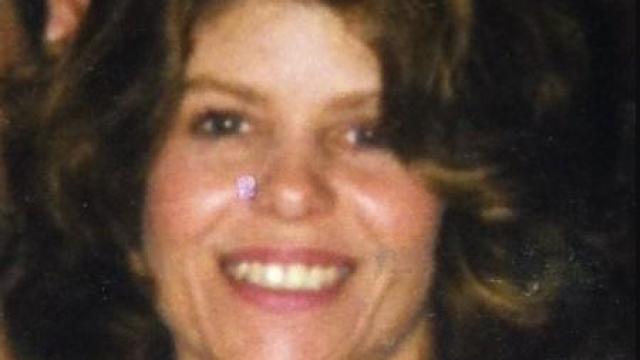 Police in Alabama say a South Carolina truck driver has confessed to killing a woman who disappeared 21 years ago and to hiding her body in a suitcase.
Police in Bessemer, Alabama told news outlets that South Carolina native Brian Jones traveled back to Alabama last month and admitted to killing 41-year-old Janet Luxford in 2001. He then led investigators to a green suitcase with bones inside, police said.
"He took a bus from South Carolina to Birmingham-area, and he sat outside of our station until he finally got up the nerve to give us a call," Bessemer Police Lt. Christian Clemons told WBRC. Clemons said Jones led investigators to an area near a creek where "she was still there in the same suitcase he had put her in."
According to police, the coroner's office is searching for medical records and using DNA to identify the remains, but the process could take up to nine months, WIAT-TV reported.
Luxford was originally from California but had been living in Florida, police said.
Jones is charged with murder and abuse of a corpse. In a warrant filed with court documents, police wrote that they believed he killed Luxford on Feb. 18, 2001, "by hitting her in the throat, causing her to collapse and causing her death with a golf club."
An attorney representing Jones did not immediately return an email seeking comment.
According to the National Missing and Unidentified Persons System, one of Luxford's daughters called the Napa Police Department in September 2002 to report her mother was missing.
AL.com  reported that Luxford left her home in Florida in 2001 after meeting Jones, a truck driver, at a Jacksonville, Florida, hotel where she worked. Clemons told  WBRC  that Jones indicated Luxford wanted money to go back to California to see her parents and during the argument, "he ended up hitting her with a club in the throat."
Amanda Luxford Fernandez was 12 when her mother vanished, and told the news outlet that she came home from school to find her mother gone along with photos and other personal items.
"She just disappeared off the face of the earth and there were no answers‚" Fernandez, now, 33, told the news outlet. Her mother's disappearance haunted her and her two siblings, she said. The only silver lining, she said, is knowing her mother didn't purposely stay away for 21 years.
"We're happy we're getting answers,'' she said, "but we're also going to get some justice."
source: https://www.cbsnews.com/news/janet-luxford-2001-cold-case-brian-jones-confesses-murder-leads-police-to-body/