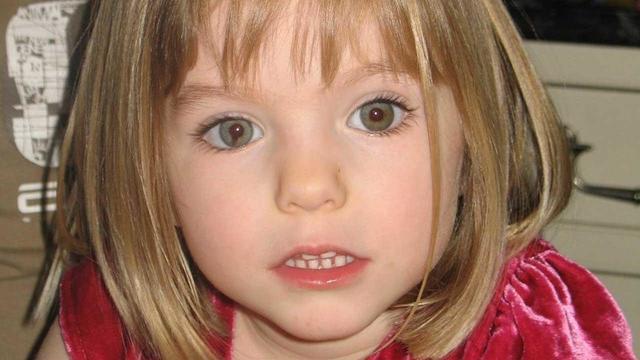 A man has been declared an official suspect in Germany at Portugal's request in connection with the disappearance of British girl Madeleine McCann nearly 15 years ago, a Portuguese prosecutor's office announced Thursday.
Madeleine went missing from her family's holiday apartment in the Portuguese holiday resort of Praia da Luz on May 3, 2007, a few days before her fourth birthday, sparking a media frenzy and an unprecedented international manhunt.
The public prosecutor's office in the southern Algarve city of Portimao said the suspect, whose identity was not confirmed, was identified as an official suspect on Wednesday.
The announcement comes after German police revealed in 2020 that the prime suspect was a child sex offender who was already in jail in Germany and that they believed he had killed her.
Media reports have identified that suspect as a pedophile called "Christian B" who is suspected of raping an Irish tour representative and serving a prison term in northern Germany for the rape of a 72-year-old American in Praia da Luz in 2005.
In Portugal, an "arguido" is an official suspect but is not someone who has been charged. At one point in the investigation, Madeleine's parents were also declared arguidos.
Madeleine's body has never been found despite multiple investigations involving both British and Portuguese police.
The man identified as "Christian B" has a history of previous convictions including child sex offenses and, according to police, lived in the Algarve between 1995 and 2007.
He made a living doing odd jobs in the area where Madeleine was taken, and also burglarized hotel rooms and holiday flats.
The German was on a list of people of interest at the time of Madeleine's disappearance, but investigators were unable to find him.
Her disappearance sparked an international media frenzy and an unprecedented attempt to locate her, with photographs of her plastered across news bulletins and billboards.
Portuguese police initially closed the case in 2008 only to reopen it five years later.
"The case was reopened after new elements came to light," a spokesman for the public prosecutor's office told AFP. Since then, investigations had been carried out "in cooperation with British and German authorities."
source: https://www.cbsnews.com/news/madeleine-mccanns-official-suspect-german-prosecutors-portugal/