Police say there are now 90 demonstrators outside the former Marsden Point refinery, but they remain peaceful. 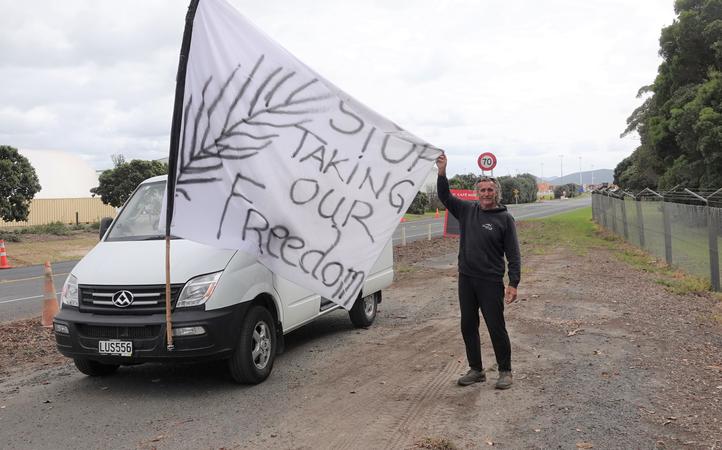 Protester Brent Cameron says he is there because of "what the government has forced upon the people of New Zealand." Photo: RNZ / Sam Olley

Whangārei Area Commander Inspector Martyn Ruth said there had been no arrests.

About 40 cars and campervans are gathered on a grass verge on the edge of State Highway 15.

They are protesting both the refinery's closure and vaccine mandates.

The group is waving New Zealand flags and holding signs with mixed messages saying "freedom" and "save our refinery."

They are also tooting at passing trucks.

Some have tents, and are playing music, and one man has brought a dog.

The protest began on the weekend. 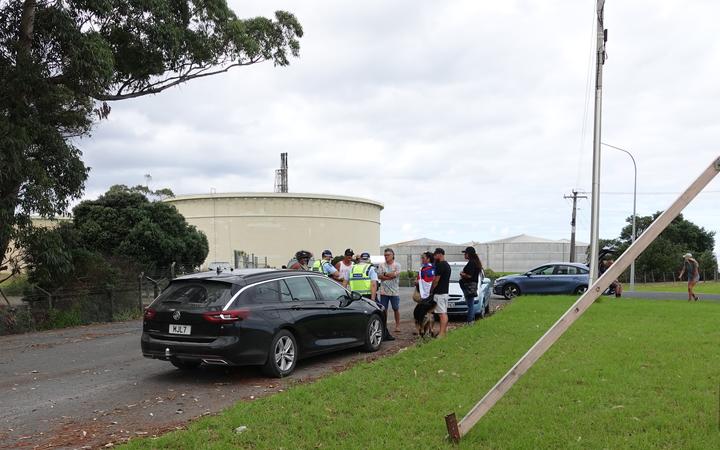 Protesters have been claiming on social media they want to save "fuel security" while also referencing the occupation at Parliament.

Brent Cameron told RNZ he had come from Tauranga on Friday night in his van, and was also at the Parliament occupation.

"It's part of our right to protest peacefully, and that's what we are here to do."

When asked whether he thought there would be a violent end to the protest, like that in Wellington, he said "I haven't got a crystal ball, I couldn't tell you".

He said the protest was a response to "what the government has forced upon the people of New Zealand" including vaccine mandates.

"I don't believe that we're under a democracy anymore." 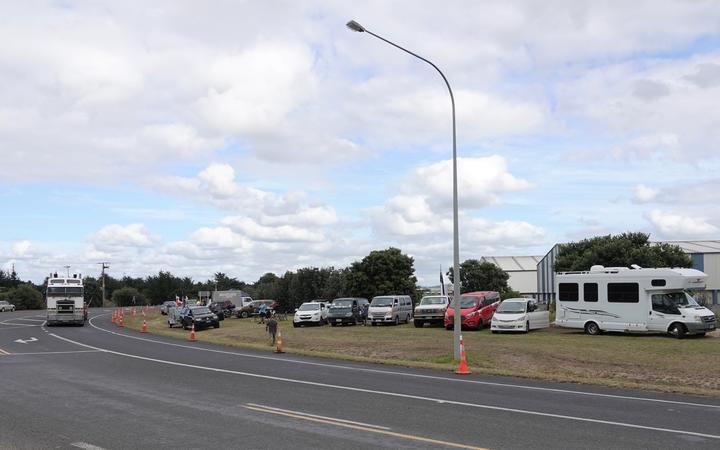 When asked how this related to the refinery, he said he wanted the government to intervene to reverse the closure.

"We want to keep the refinery open, so that we have our own independence from the rest of the world in regards to fuel energy".

The private company that oversaw the refinery, Refining NZ, has rebranded to Channel Infrastructure, and now the site is an import-only fuel terminal.

Cameron said there was "a vast range of people" at the protest, from various parts of the North Island, and he had joined after hearing about the gathering on social media.

"I'll stay here for as long as it takes."

He said the police had been "quiet, courteous and quite helpful actually". 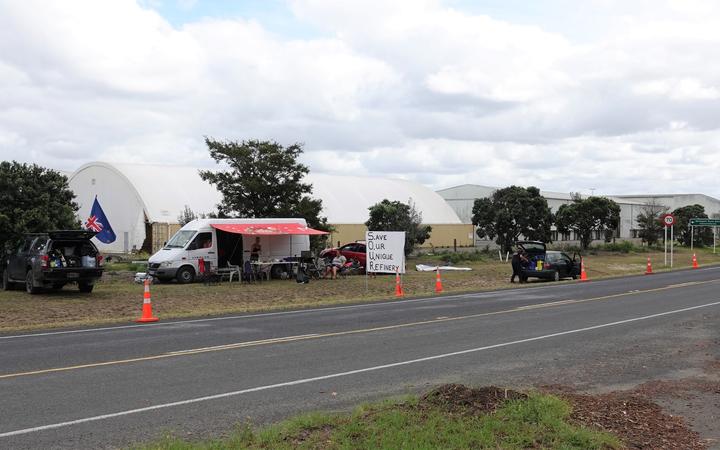 In a statement, Channel Infrastructure said: "The operations of our site have nothing whatsoever to do with Government policy decisions related to Covid-19."

"The refinery has now been permanently shut down and refined fuel imports are now flowing through the terminal."

It said "permanent decommissioning" was under way, including cleaning, depressurising and some demolition".