85% of silage film imported to New Zealand now being recycled

About 85 percent of the silage film being imported into New Zealand is now being recycled, after silage wrap distributor Webbline joined a large-scale recycling scheme. 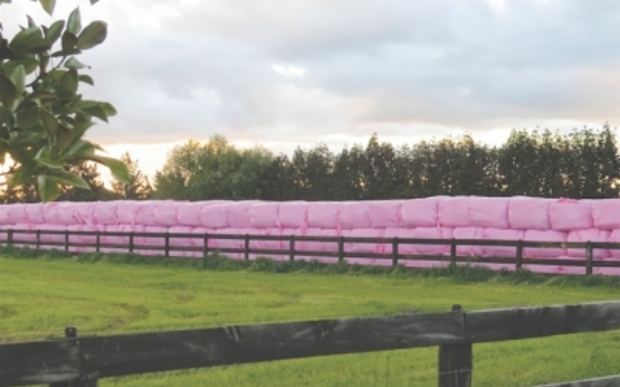 The scheme is run by Plasback, which collects plastic waste from farms and recycles it into material that can line farm yards, sheds and walkways.

Those that opt in to the recycling scheme have to cover the cost of the waste bags and collection, but Shaw said properly disposing of plastics is a farmer's responsibility.

"People see themselves as custodians of the land - they're there to leave it in a better condition than when they took it over," he said.

"Farming is intergenerational, so what we're doing today will impact on the farms of the future.

"Do you want to be remembered for the huge pit that you've put down the back of the farm that you filled with plastic and never dealt with and creating that waste problem for the next generation to try and fix up?

"We have a responsibility, I think, to manage this as effectively as we can."

In 2020, the Ministry for the Environment announced that all farm plastics sold in this country would soon have to be covered by an accredited product stewardship scheme - making farmers responsible for recycling leftover plastic products and packaging.

The consultation on regulations for the scheme is expected to begin later this year.

"We joined Plasback for two reasons. The first is that we want to be seen to be supporting the industry's efforts to recycle its waste.

"The second is that Plasback is accredited by the government and it has developed an efficient model for doing this," Currie said.

Plasback's Neal Shaw said everyone in the farm plastics supply chain, from manufacturers through to consumers, will soon be responsible for recycling leftover plastic products and packaging - so farmers should get on board now.

"There is plenty of talk in the industry about supporting product stewardship, but it is time for all suppliers to back up that talk with action and join a scheme," he said.

Shaw said local councils need to toughen up their rules around farmers burying or burning their plastic waste.

"A lot of the district councils have not really addressed the issue fully, saying people cannot burn or bury waste product on the farm anymore.

"Some of the the councils allow it, but say that the plastic needs to be burned at a temperature of 1000 degrees.

"I'm not sure there's many farmers that stand there and monitor the temperature of the plastic when they're burning it. It needs to be practical."