An epidemiologist says it is still unclear whether the new Covid-19 variant is more transmissible than Omicron. 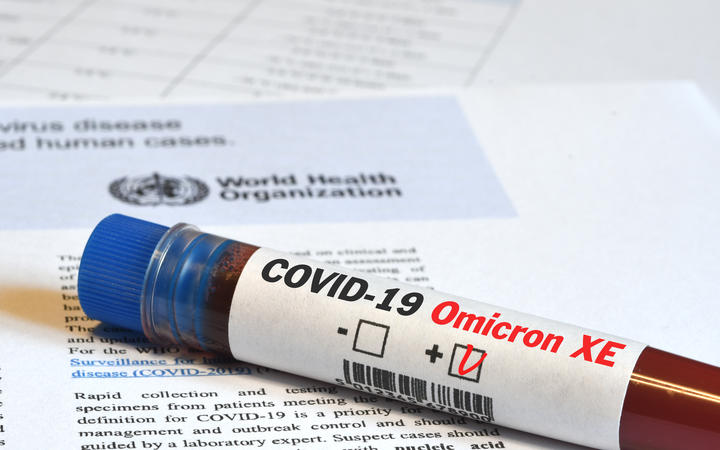 The XE variant - which is a blend of both Omicron variants - has been confirmed in New Zealand after an international arrival tested positive for it.

The Ministry of Health said the person arrived on 19 April and was tested on 20 April and whole genome testing subsequently confirmed the XE variant. They are now isolating at home.

The ministry said at this stage the existing public health settings are appropriate for managing XE.

It takes months or weeks to determine the severity of each new Covid variant, it said.

The UK had reported 1179 cases of XE earlier this week, its Public Health Agency confirmed.

Director-General of Health Ashley Bloomfield earlier this month said early studies of the variant, showed it to be more transmissible than Omicron but said its severity is still to be determined.

"It's actually sort of a combination of the BA.1 and BA.2 Omicron subvariants, and there is a sense that it might be around 10 percent more infectious," Dr Bloomfield said.

When the variant first emerged, Dr David Welch of the University of Auckland said that the XE variant is a "recombinant" which meant that someone had initially been infected by two variants of Covid, in this case BA.1 and BA.2 at the same time.

He said that because XE combines BA.1 and BA.2 it is probably similar in terms of how sick it makes people and how our immune system responds to it.

Otago University Professor Michael Baker said typically more transmissible variants take over a population quickly and it remains to be seen if XE will do that in this country.

He said it is not surprising how quickly it arrived considering the relaxing of border restrictions.

Vaccination remains the best defence against XE and any other new Covid variants, he said.

Currently 22 percent of five to 11 year olds are fully vaccinated, with just over half this age group having had at least one dose.

Baker said some parents may be unsure about their child's vaccine schedule, particularly if they have already had the virus, and if this is the case they should talk to their GP.