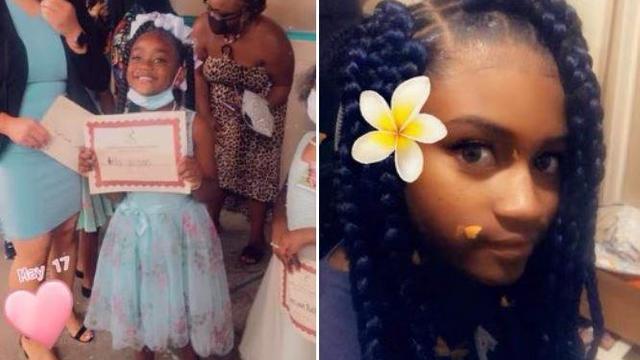 The U.S. Coast Guard suspended its search Sunday for three missing children near the Crescent City Connection Bridge in New Orleans. The two teenagers and 8-year-old were last seen entering the Mississippi River Saturday evening just before sunset.
The family told WWLTV that 14-year-old Brandy Wilson and her 15-year-old boyfriend took her 8-year-old sister, Ally Wilson, and her 5-year-old brother to the park at the foot of the bridge to give her mom "a break."
The search continues for 8-year-old Ally Wilson and 14-year-old Brandy Wilson. They were pulled into the Mississippi River Saturday evening along with Brandy’s 15-year-old boyfriend. pic.twitter.com/n2c5Z5Vjly
Brandy and Ally's mother, Octavia Wilson, told the station that Brandy fell into the river and then her sister and the 15-year-old boy went in to rescue her. All three children were pulled down by the current and haven't been seen since.
The 5-year-old ran home to get help, Octavia Wilson told the station.
"I need my kids. They know I need them," she said. "My daughter said she was trying to give me a break. I don't need a break. I need my children."
"The decision to suspend any search and rescue case is never easy but considering the extensive search efforts of our Coast Guard men and women, in conjunction with other response agencies, I've made the difficult decision to suspend our active search for the three children," Capt. Kelly Denning, Coast Guard Sector New Orleans commander, said in a statement. "Our prayers are with the families during this difficult time."
WDSU-TV reported that as the Coast Guard began looking for the children at dusk, the New Orleans Regional Transit Authority suspended service of its Algiers-Canal Street ferry, hoping to clear the search area. Service remained suspended through Sunday morning.
Rescue crews, including New Orleans police and fire departments, searched more than 93 miles along the Mississippi River with a combined 55 total hours.
source: https://www.cbsnews.com/news/coast-guard-suspends-search-3-children-brandy-ally-wilson-mississippi-river-new-orleans/