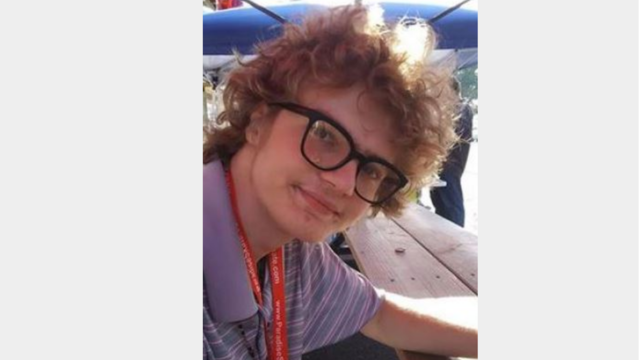 A 19-year-old who disappeared from his family's home in California nearly three years ago has been found in Utah, to the astonishment and relief of his parents, who feared they would never see him again.
Connerjack Oswalt was shivering and cold when sheriff's deputies came across him Saturday sleeping in a convenience store in Summit County, known for its ski areas, said Sheriff Justin Martinez. Oswalt appeared to have been living on the streets there for about two weeks.
His family had searched for him for years, handing out fliers, scanning social media and desperately chasing down fruitless leads. They even moved back to the town of his birth, Idaho Falls, hoping he would eventually make it back there.
"Any hints at something that remotely resembled him, we would follow up on it," said his stepfather, Gerald Flint. "It's been a real nightmare."
Oswalt, who has been diagnosed with autism and other mental health conditions, was 17 when he left the family's home from Clearlake, California. His mother, Suzanne Flint, remembered making quesadillas, but when it was time for lunch he was gone.
"I never stopped looking for him. There wasn't a day I wasn't searching for him, in some form or fashion," she said. The exact circumstances of his disappearance and whereabouts over the last two years are under investigation, police said.
💙 Serving With Compassion 💙 Over the past couple weeks, many in our community called us about a homeless person...
What his family does know is that after deputies found Oswalt at the Utah convenience store, they asked if he would like to come in their patrol car and warm up. He agreed, and eventually let officers take a fingerprint.
That led them to an outstanding warrant from February in Nevada.
"The deputies just felt that there was something there, something beyond a criminal warrant. There was a humanitarian effort that needed to be explored further," Martinez said.
The officers set to work shifting through paperwork, looking for reports of missing and endangered children. About 16 pages in, they found a 2019 missing person report from Clearlake, California. Though it had a slightly different name spelling from the Nevada warrant, the photos matched and they called his family.
When the Flints first got the call, they worried their son had been found dead. After his wife confirmed the identification through a birth mark, Gerald Flint left work, jumped in his car and drove four hours to Utah.
"Everyone in the room was in tears. They went above and beyond, put hours of work," he said. "They could have dismissed it, but they didn't and that made all the difference in the world."
Social workers knowledgeable about autism took over Oswalt's care after the reunion with his family, said Summit County Sheriff's Lt. Andrew Wright. His family is hoping to bring him back home soon.
"We didn't treat him as a criminal. We treated as somebody that has something deeper that we needed to dig into," Martinez said. "That intuition is what really reunited this family."
source: https://www.cbsnews.com/news/connerjack-oswalt-california-teen-who-vanished-three-years-ago-is-found-alive-in-utah/