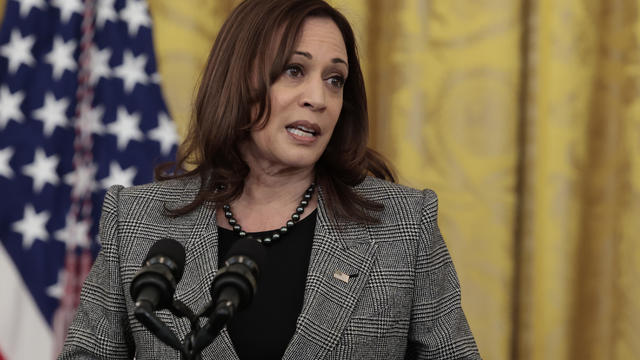 Vice President Kamala Harris will deliver the 2022 commencement address at Tennessee State University, a historically Black university, on May 7, according to a White House official. TSU President Glenda Glover expressed her excitement over Harris — who is the first HBCU graduate to serve as president or vice president — joining the graduation ceremony.
"Commencement marks a major milestone in our students' lives, but to have the Vice President of the United States as your guest speaker makes this moment even more special for our students and their families," Glover said in a press release first obtained by CBS News.
The commencement ceremonies will also include Birmingham, Alabama, Mayor Randall Woodfin.
During her time in office, Harris has visited numerous HBCUs, including her alma mater Howard University. She also recently announced grants and a resource guide for the historically Black colleges and universities targeted by bomb threats. Since assuming office, the Biden administration has invested $5.8 billion in resources and initiatives to HBCUs.
On Tuesday, the White House announced President Biden would deliver the 2022 commencement address at his alma mater, the University of Delaware, on May 28. During her first year in office, Harris delivered the 2021 commencement address at the U.S. Naval Academy.
Tim Perry is a reporter covering the White House for CBS News Digital.
source: https://www.cbsnews.com/news/kamala-harris-commencement-address-tennessee-state-university/